Vietnam’s World Heritage-listed tourism magnet will haver its first golf course, with hotel and villas by the end of this year. Perched right above the old town with stunning views of the bay, FLC Golf Links Halong Bay is set to become Asia’s most spectacular golf experience. 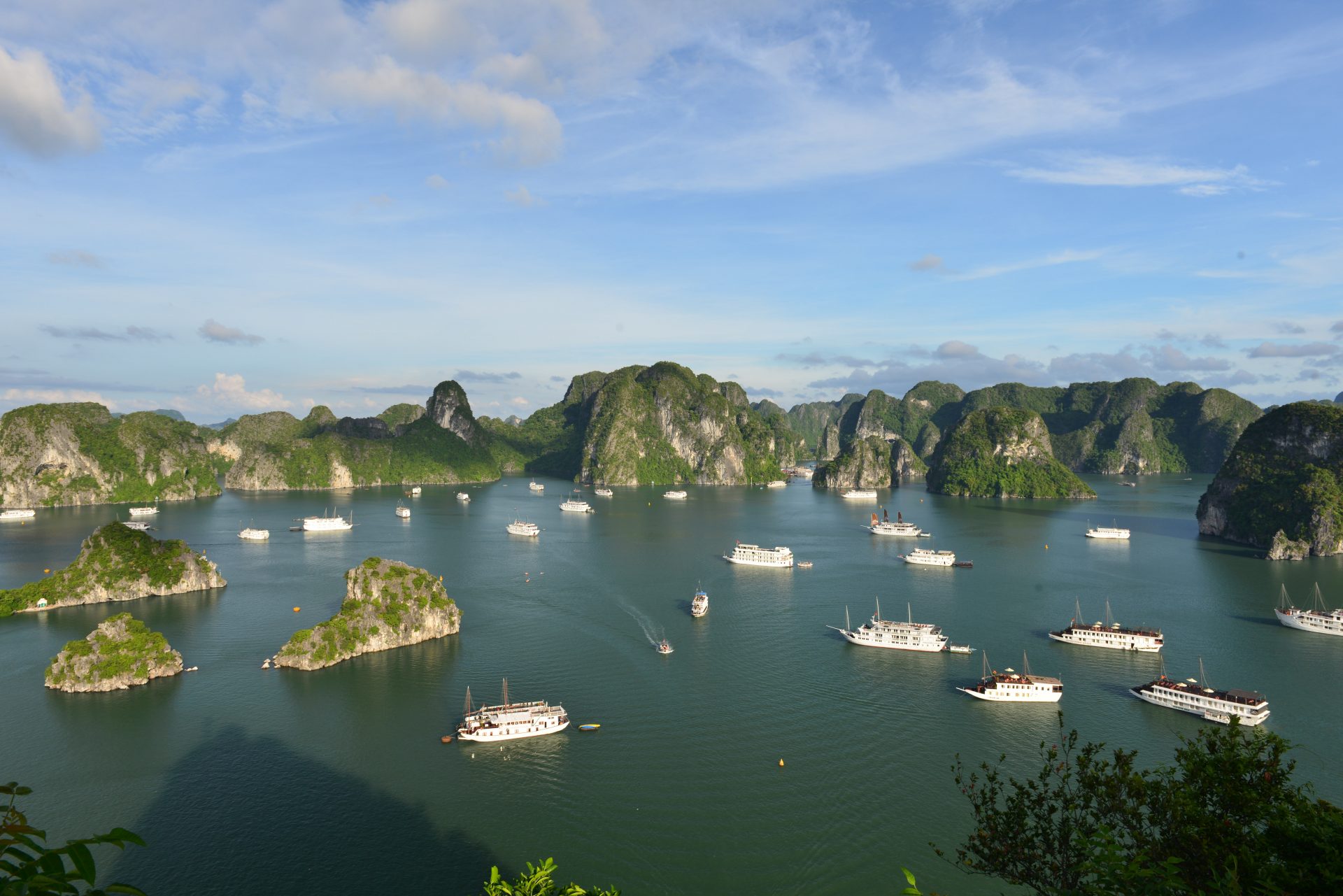 Although a site above the city was set aside for a golf course years ago, actually playing golf in such a stunning environment has been, until now, a dream.

But Hanoi-based FLC Group, which is developing golf resorts along Vietnam’s 3260-kilometre coast, is mid-way through building a spectacular 18-hole par-71 course that will be accompanied by a hotel, convention centre and villas for sale.

US-based golf course design company, Schmidt-Curley, which has designed more than 60 courses in Asia in the past 20 years, and fellow American outfit, Flagstick Constructions, is turning a difficult, hilly site into what promises to be the most visually stunning and most accessible golf course in Asia.

With four holes directly facing Halong Bay and others ridging a steep
valley, FLC Golf Links Halong Bay will provide something golfers dream about but rarely find: views to die for, playability without being severely penal, a year-round playing climate – all in a bucket-list destination with an abundance of non-golf activities. 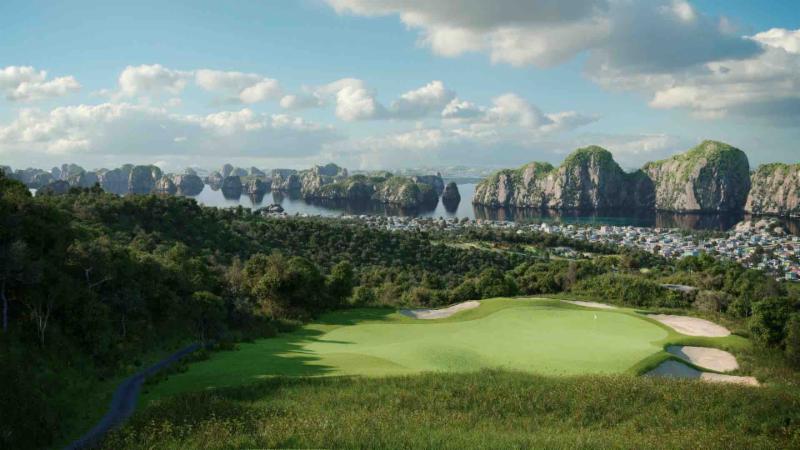 Several million foreign visitors come to Halong Bay each year, as well as many more Vietnamese to experience the 2000 limestone karsts formed over 20 million years and jutting majestically from the 1553 square-kilometre bay.

Most make the three-hour road journey from Vietnam’s capital, Hanoi, while some enter on cruise ships that make a beeline for one of the world’s “New 7 Wonders of Nature”, announced in 2011.

A million cubic metres of cut and fill is transforming the site into what lead architect, Brian Curley, says will be “a world-class destination resort in the heart of the city, providing a very unique golfing experience”

“If you tell someone – golfer or non-golfer ­- there are ten places in the world you must visit for the views, this would be one of them. Throw in a year-round resort with golf and there’s no doubt this will be on every golfer’s wish-list.”

The US designer, who with his business partner Lee Schmidt designed multiple courses for Mission Hills China among more than 150 layouts worldwide, says despite the steep nature of the landscape, the all-Platinum paspalum course will feature accessible landing areas and will be “eminently playable”.

The course will be some 6800 yards from the “tips” and 6200-6300 yards from the white tees – relatively short by modern standards. There are five par-3 holes, three of which offer 180-degree vistas over Halong Bay, with two (the eighth and 12th) likely to be compared to the iconic 7th hole at Pebble Beach, California.

“We have deliberately created sufficient width to make it a ‘find-your-ball course’,” Curley explains. “As a resort course, we don’t want players to get beaten up, although it won’t be a pushover either.”

Brian Curley says construction on the site has been difficult, requiring a large amount of infill to create landing areas on the valley-facing holes.

“It’s rare to have to infill so much and to play along ridges. But I’m very excited about the way the course is shaping up.

“The terrain means there is some disconnect between holes, which may not please purists, but the views are so spectacular it’s not going to be an issue.”