Ha Long – Quang Ninh Tourism Week 2017 will be held from late April to early May this year.. Included in the week are 9  different programs and notable events to take place in Halong and Mong Cai, along with a further 18 programs in Quang Ninh Province.

The aim of the Tourism Week is to promote the landscape, the people and tourism services in Halong Bay and Quang Ninh Province.

The other activities consist of 18 programs lasting from mid-March to mid-May, 2017 in many localities of the province. Some notable attractions of Tourism Week are the Cherry Blossom & Apricot Blossom Festival in Yen Tu, (Ha Long City); Bach Dang Festival 2017, the 729-year anniversary of the victory of Bach Dang (TX Quang Yen); the Lac Thanh Festival (Uong Bi City); a Singing Festival of the San Chi Ethnic Minority (Binh Lieu District) and the Dong Trieu Town Badminton Tournament… 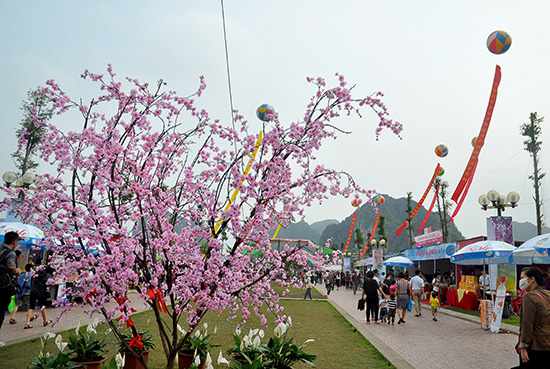 Local authorities are busy planning to ensure security, food safety, traffic safety and environmental protection measures to ensure a safe and pleasant environment for all visitors during Tourism Week.