Most of Ha Long islands are limestone islands concentrated in Hong Gai bay and schist islands grouped in Cam Pha Bay . Today the land islands like Tuan Chau, Ngoc Vung, Quan Lan Reu Thua Cong are inhabited by people and animals as a result of transformation of schist islands. 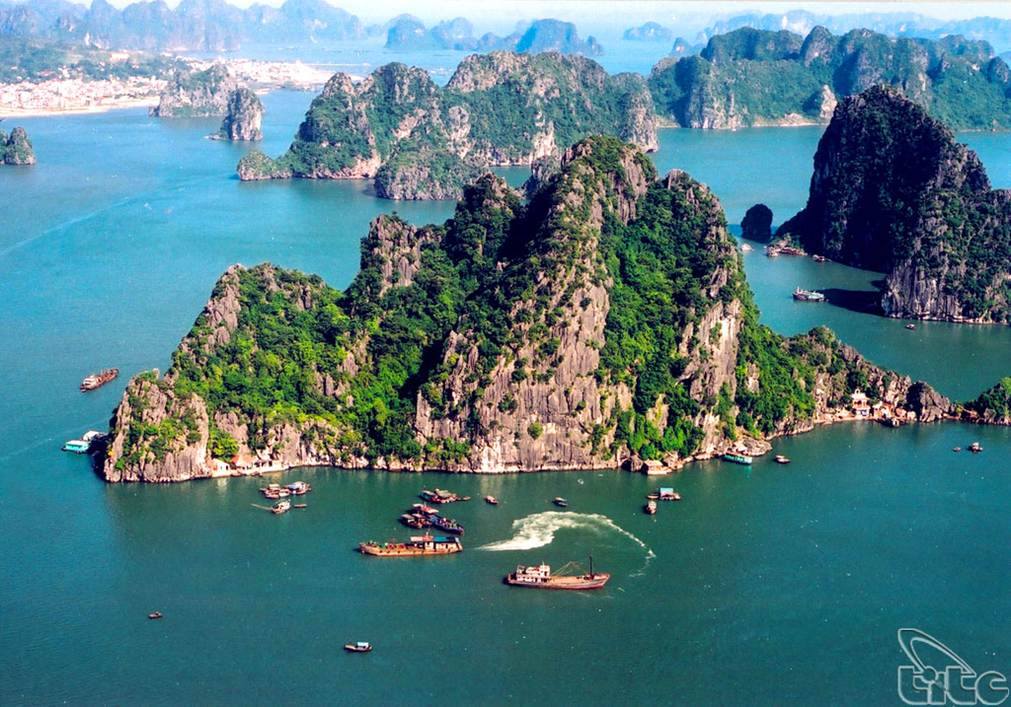 Ha Long terrain comprises islands, mountain alternated with sea depressions which are salted flat expanses of mangroves, and abrupt limestone islands; this is a quite contradictory relief. The terrain is the most ancient of one of the territory of North Vietnam.Prior to and in the primeval times, was a part of the immense region of mountain ranges alternating  with sea depression like the present island area of south east Asia. This terrain was the result of great undulations such as the Caledonian (300 million years ago) Hersinian (250 million years ago) folds. These  undulations also shaped sediments of different categories of stones from the lime.

Stone lying deep in the water (in the carbon age) to quartzite along the seashore. In the same period of these undulations, a layer of organic limestone of thousand meters took shapes: it was origin of the limestone ranges of Bac Son, Dong Van, Sa Phin Sa Chay and thousands of stone islands in Ha Long Bay.

Tanks to the motion of into being with 1.600 islands of various forms.

After the Hersinian fold , the terrain of North Vietnam bore a changing and contradictory character, that is to say stone islands alternated with sea depressions. 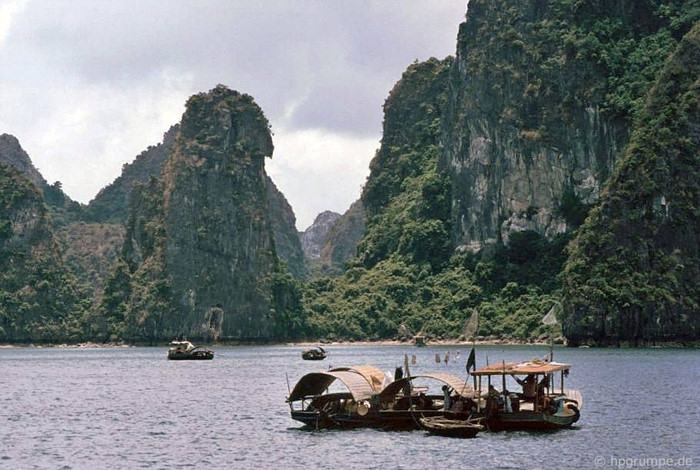 However, there were as which had not influenced by the Indosiniade orogery and still maintained its relief unchanged after the Hersinian fold, i.e. Mountain islands alternated with sea depressions in which there were lime clay sediments and salted sediments, ha Long terrain is just one of these areas.

Others sedimentary deposits were buried along with vegetation belonging to fern species and were turned into present northeast coal mine.

So Ha Long terrain comprises bow like islands mountain alternated with profound sea depressions shaped after the Hercinian fold 250  millions years ago. Though since then the earth’s crust has experienced successive undulations, Ha Long terrain has not fundamentally changed.

Its why tourists visiting Ha Long do not only come to see a wonder created by the earth under sky but also a very valuable geological museum kept in the open air for 250 million years, a museum on the primitive face of the territory of Vietnam.

Grottos at different levels on stone islands of Ha Long Bay are not only palaces of Nature but also testify to the seawater encroachment in different ages. At Bo nau and Trinh Nu grottos entrances, one still finds the encroached water level 4-6 meters higher than the present one.

That is the consequence of Ris and Wur glaciers raising the sea water level: It is called the late Pliocene marine transgression, 30.000-40.000 years ago. Then the last glaciers lowered the sea and ocean water, and the sea retreated from the Bac Bo Gulf. The traces of ancient rivers have still remained at the bottom of Ha Long Bay. They are formed in this area.

18.000 years ago, the last glacier raised the ocean water level called the Flandirian marine transgression, drowning the plain of Ha long Bay into the sea. And returning to the relief of mountain islands alternated with sea depressions. After the marine transgression reached the maximum level about 3.000 years ago, the sea gradually retreated and the present table level has been maintained. 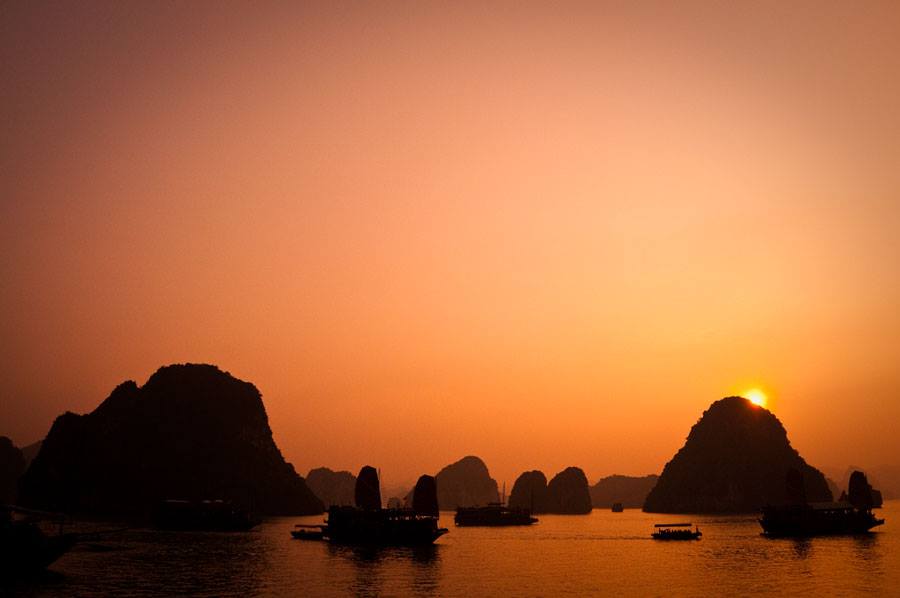 So the transformations of the earth’s crust over 250 million years as from the Hercinian orogeny have left traces at different levels on Ha Long Bay, in which the present relief of the Bay mountain islands alternated with profound sea depression is the most ancient remaining terrain of North Vietnam