Revered by the people of Hanoi, Long Bien Bridge is a living historical relic of the courage of the capital city throughout the ups and downs of the 20th century.

Construction started in 1899 and when completed, in 1903, the bridge was named after Paul Doumer (the French Governor General in Indochina). At that time, it was the fourth-longest bridge in the world and the only steel bridge spanning the Red River (Song Hong). After independence from France in 1954, it was renamed as Long Bien Bridge. 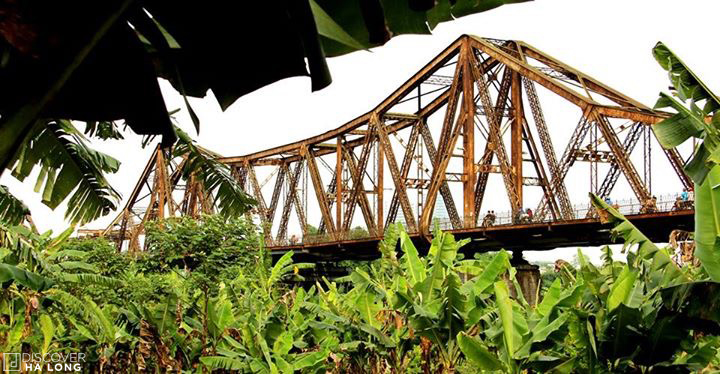 At 1648 meters in length, including 19 spans, its main purpose was a strategically vital one as a direct rail link between Hanoi and the port of Hai Phong.

For many people, Long Bien Bridge is a reminder of French technological innovation at that time. However, it would be an oversight not to mention the more than 3000 Vietnamese workers who undertook the challenge of building the bridge, using cement from Hai Phong, lime from Hue and thousands of cubic meters of wood from Thanh Hoa, Phu Tho and Yen Bai.

Long Bien Bridge is now over 100 years old and it is still an important part of daily life for the residents of the capital. However, the bridge is no longer the main urban transport route across the river because of serious degradation. During the American War many sections of the bridge were severely damaged because of air attacks but it was restored in the 1970s.

Recently there have been several proposals to modify and modernize Long Bien Bridge, so that the city can tackle the increasing amount of traffic between the districts of Hoan Kiem and Long Bien.

The first plan was to build a new bridge on the site of the Long Bien Bridge, keeping the central part in place, retaining the railway track, but moving other sections of the bridge elsewhere for preservation.

The second option was to construct a new bridge with a similar design and preserve the old one.

The third proposal was to upgrade the bridge while keeping its central part and the frames.

The biggest challenge for the Hanoian authorities is to find the best solution to deal with this architecturally important bridge, a treasured heritage site with cultural and historical significance.

So far, every proposal to change the image of Long Bien Bridge has had its share of supporters and objectors, but one plan has sparked controversy. A project to transform Long Bien Bridge into a cultural and art space has been put forward by Vietnamese-French architect, Nguyen Nga in the recent interview on RFI, Radio France Internationale. “Instead of reminding us of the wartime, which resulted in so many losses, the bridge could be a symbol of hope and culture, beautifying Hanoi, the city of peace” she said.

According to the architect’s plans, the damaged spans of the bridge will be repaired, and then the whole bridge will be converted into a giant Contemporary Art Museum. “A large space will be built on the bridge’s structure to exhibit old stream locomotives and the antique carriages will become cafés and restaurants and the bridge covered with transparent glass panels. This detail will give the bridge a new appearance while maintaining its structural integrity” the architect explained.

Moreover, based on her ideas, the central rail track will become a new space dedicated to creative and cultural activities and trees and streetlights will be incorporated to create romantic walking paths.

The highlight of this project is redesigning the Middle Bank (Bai Giua), an island under the bridge, to turn it into an Art Park with gardens and orchards, cycling paths, a skating rink and a climbing wall. One idea is to also have a mulberry plantation and to build a silk weaving village.

Architect Nguyen Nga has also suggested building a Lotus Tower Contemporary Art Museum on the right bank of the Red River, where 2.5 hectares of land are currently used for light industry. 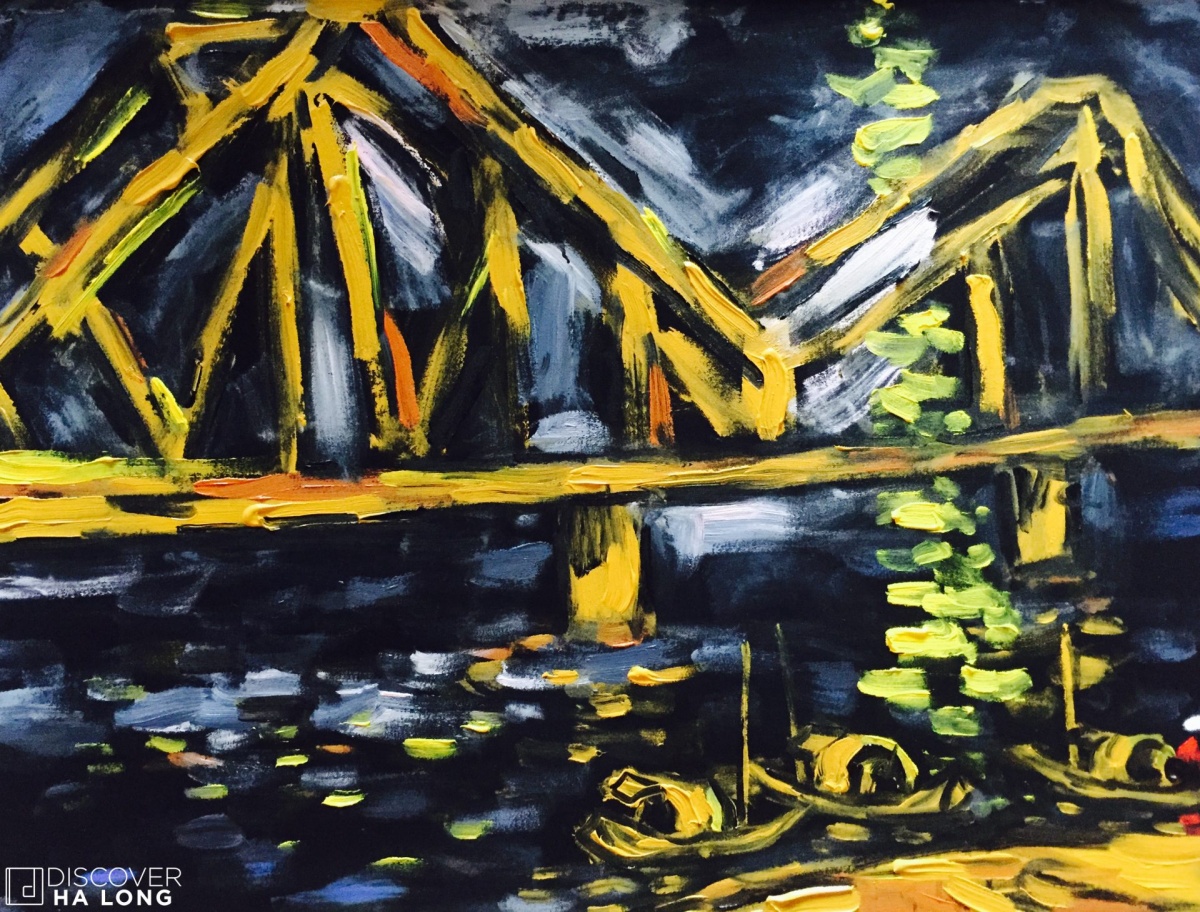 The tower would be in the shape of a flowering lotus, the national flower of Vietnam, and made from metal and wood. This tower would house contemporary works of art, as well as new technology from Vietnam and the other countries.

In addition, besides housing short-term and permanent exhibitions, the museum would be a cultural space with a library, concert hall, cafés and restaurants and, on the top (9th) floor, an open space with panoramic views of Hanoi. “The implementation of the project will help to improve the living environment of Hanoi residents, gradually change the urban space around the capital’s green walking routes and add more green spaces to Hanoi”, emphasized architect Nguyen Nga.

Although, there is currently no agreement on the future of this project, it is still a positive and bold idea for the development of Hanoi and the country.