Ao Dai – a traditional costume of Vietnamese people is known around the world. Formerly, the Ao Dai was once the daily clothing for woman before the 1970s. Today, we see the image of ao dai everywhere: schoolgirls wear it as a school unifrom, teachers on the podium, many big companies dress their staff in it, and it has become popular at fashion shows, representing national costumes in international beauty contests. The Ao Dai is not only discreet, but also flatters the willowy beauty of Vietnamese woman.

This article will part help you learn more about the history and origins of the Ao Dai.

Based on historical evidences Ao Dai was officially recognized as the national costume during the reign of the Nguyen Vu Vuong (1739-1765). In fact, no one thoroughly knows when the original version of ‘ao dai’ was born and what it looked like, because there is no lasting historical record. According to the inscriptions on the Ngoc Lu copper drum which was created thousands of years ago, the most ancient clothing of Vietnam was a long dress with two different flaps. The shape of Ao Dai has changed through many periods.

The primitive version was the “Giao Lanh”, four-flap dress which was the original version of ‘áo tứ thân’. The long flaps were not tied together, but hung  freely or left intersected. The clothes were worn with a type of camisole, a long black dress and a colored fabric belt used to tie up around the waist. 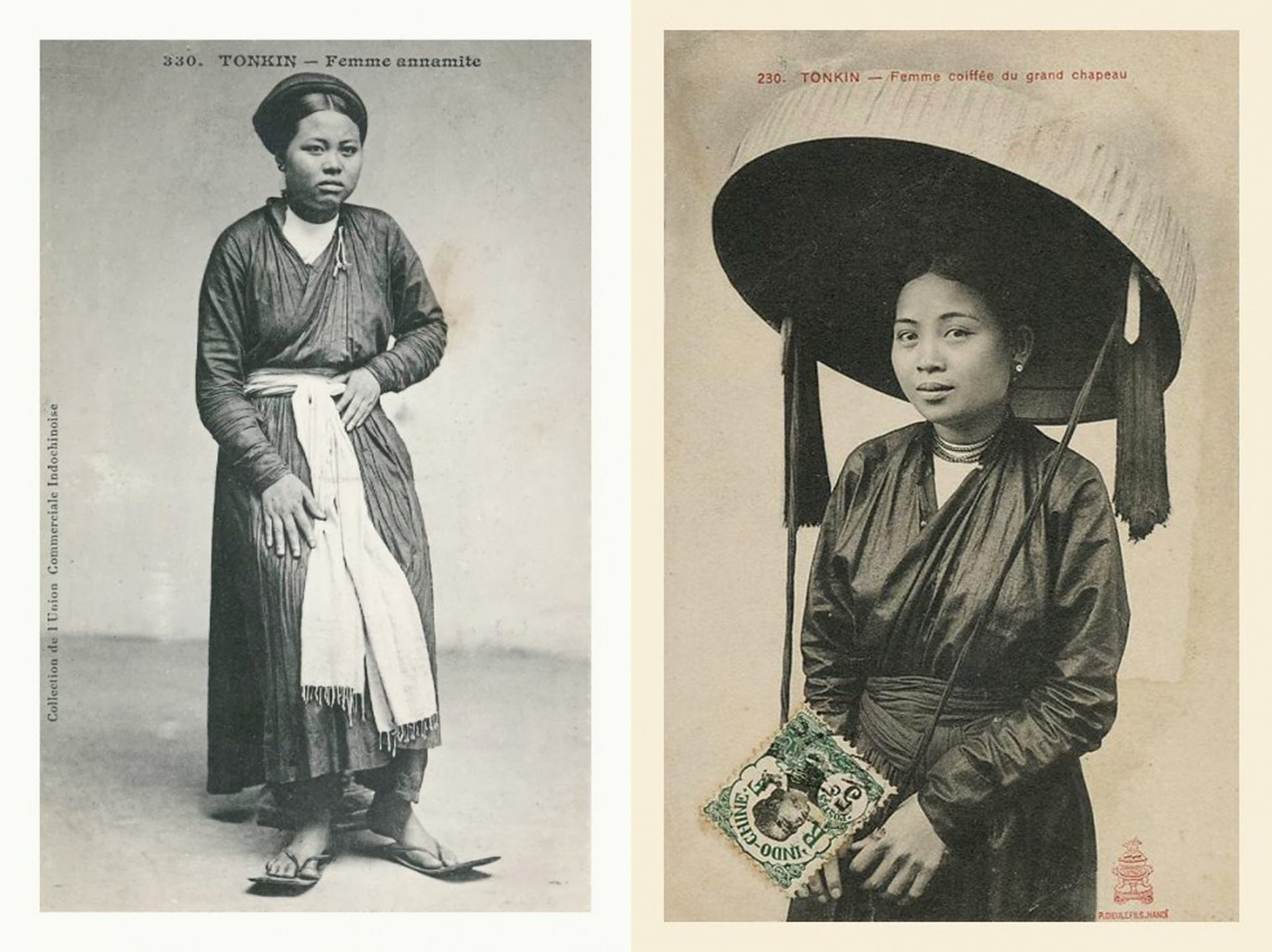 Because of the work of farming or trading, Giao Lanh Ao Dai was reduced into ‘áo tứ thân’ (which means a 4-long-flap dress). “Áo tứ thân” consisted of a flowing outer tunic with two flaps split at the waist, and a long skirt worn under the tunic, Yem- an ancient bodice worn as an undergarment by women and a silk sash tied at the waist as a belt. As the costume for working class, ‘áo tứ thân’ was usually made from dark fabric to avoid getting dirty. 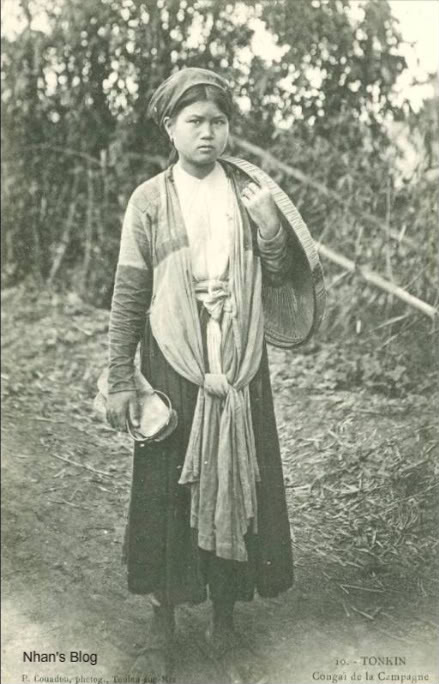 On the other hand, urban women who were usually not working chose to dress in ‘áo ngũ thân’ (which means a 5-long-flap dress) . It had its two front flaps sewn together. The two back flaps were also sewn together and a baby flap hidden underneath the front flap. They wore “áo ngũ thân” to distinguish between women in rich families with those from the working class. This collared dress was still very popular until the 20th century. 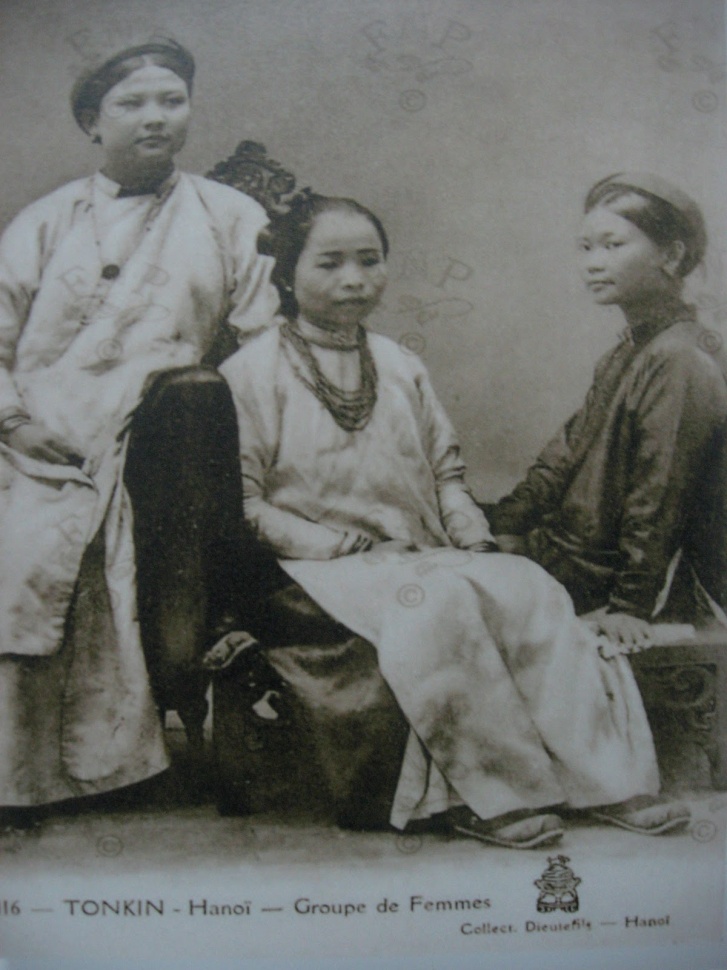 In 1939, Artist Cat Tuong had a breakthrough step to make a new style of Ao Dai – Le Mur Ao Dai (French name of artist Cat Tuong). Le Mur Ao Dai hugged the curve of the body with more western details such as bulging arms, and a heart-shaped collar that was attached with a bow. There were many variations to this style – Le Mur Ao Dai had to be worn with white pants, high heels, an umbrella and a purse. However, at the time, this ‘Ao Dai’ was considered too sophisticated and indecent.  People didn’t accept this change and refused to wear it widely. Till 1943, Le Mur was forgotten. 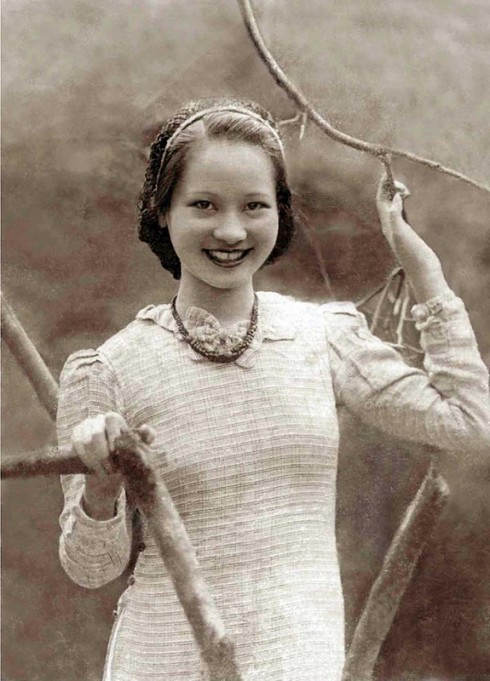 The Ao Dai of this period had a major disadvantage of creases under the arms. Several years later, there was a tailor in Da Kao called Dung who sought to create a new structure for the áo dài. This ‘Ao Dai’ had a line of buttons on the shoulder and spread down to the waist. This design helped to reduce the creases under the arms. With this design, the length of Ao Dai was just to the knees and would feel more comfortable when wearing it, and brought it a step closer to its current style.

In 1958, Mrs Tran Le Xuan, wife of Ngo Dinh Nhu (Chief Political Adviser of Ngo Dinh Diem, President of South Vietnam’s First Republic) who designed a new version of Ao Dai with a boat neck and elegant patterns on the fabric: much different from the traditional discreet design with high collars. Ao Dai with boat neck was more charming and suited to the hot weather of Sai Gon. This change caused a big debate and it was criticized as unsuitable for the customs and sensibilities of Vietnam. However, it was popular and is a widely used design. 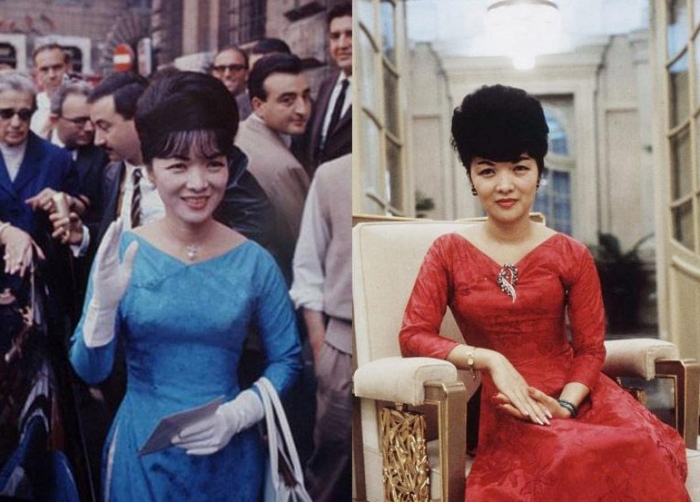 In the 1960s, Ao Dai was remodelled to flatter the the curves of the woman’s body. Fabrics were printed with elegant  flower patterns and women preferred to have short curly hair in combination with the dress.

The mini Ao Dai, a version designed for practical use and convenience, had slits that extended above the waist and panels that reached only to the knee. This Ao Dai style was very popular amongst female students. 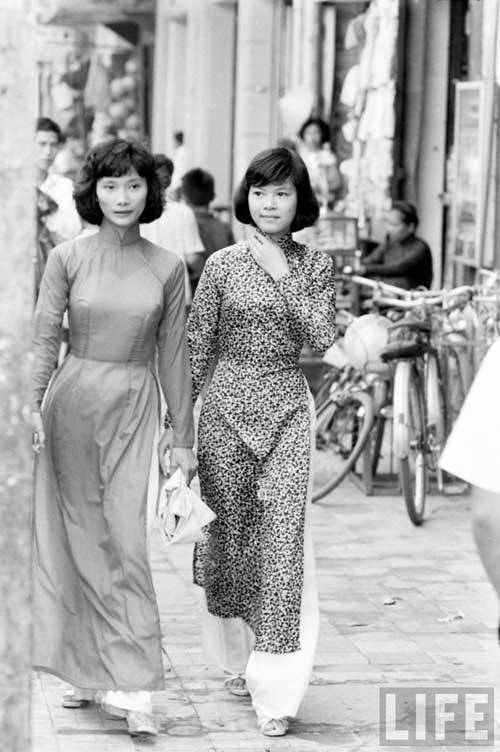 Nowadays, along with the development of the fashion industry, the Ao Dai also has become more fashionable and more popular, although it still remains relatively true to its original form. There are a wide range of materials one can use to make it, however, silk is always the most favorable choice.

Thanks to the creativity of the fashion designers, modern Ao Dai’s can be mixed with jeans, and recently,  many brides have chosen to go back to the Ao Dai as their wedding dress. This makes them even more charming in the combined design of modern and traditional features. Today, the Ao Dai has become Vietnamese women’s choice of fashion for special occasions. For Vietnamese people, the Ao Dai is not only a symbol of culture and style – it’s a modern testament to Vietnamese history.