Halong Bay is located in the northeast of Vietnam in Quang Ninh Province, 165km from the capital, Hanoi. The bay has an area of 1553 km2, including 1969 islands (980 of these have been named already). Halong Bay was recognized as one of the “New 7 Natural Wonders of the World” in 2011. Moreover, it is a unique attraction to travelers due to its wild beauty and combination of mountains, sea, valleys and the magically beautiful caves.

One of the most popular areas of Halong Bay is Hon Trong Mai (another name is Ga Choi), which is located in the southwestern part of the Bay, about 5 kilometers from the tourist harbor, near Dinh Huong Islet. 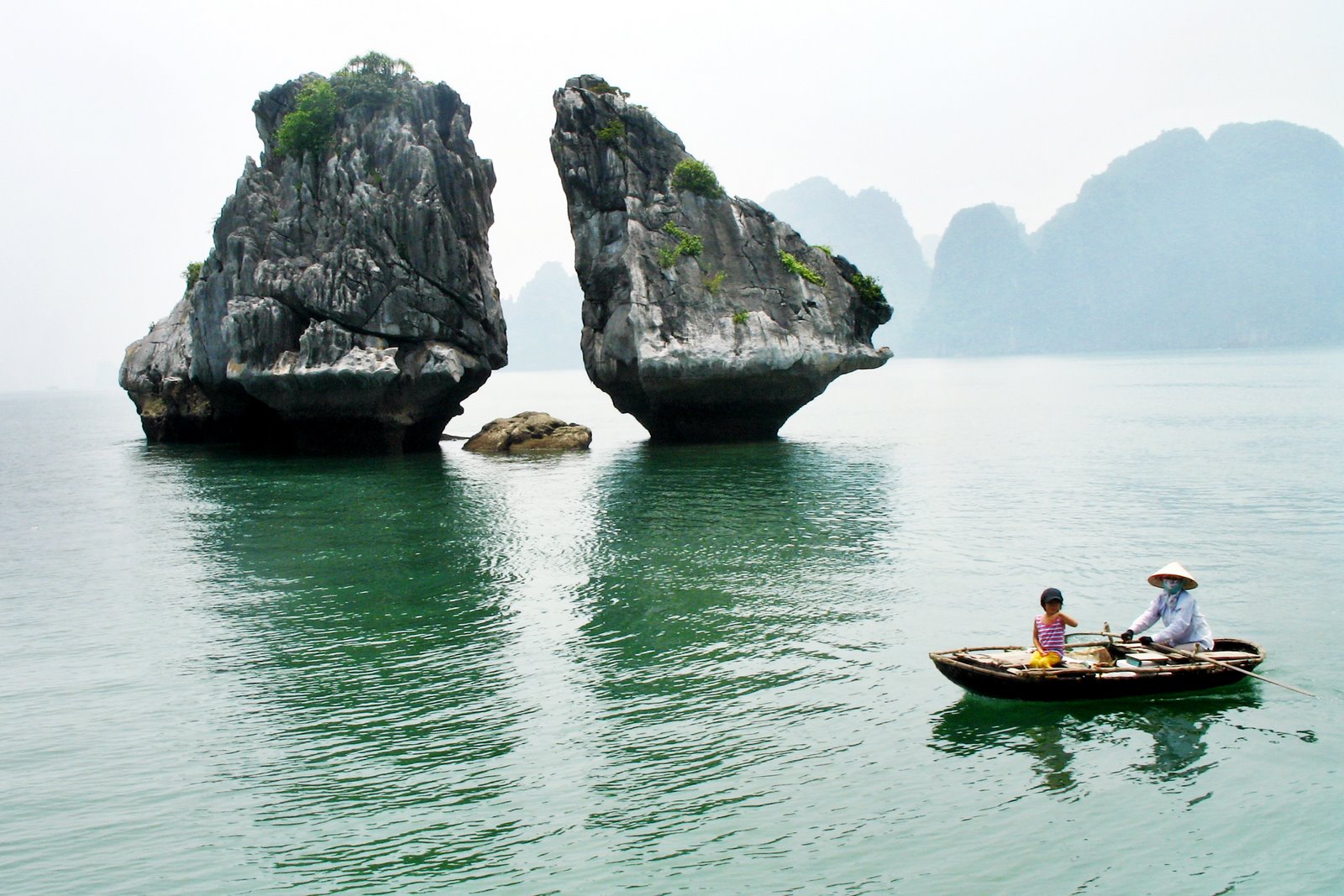 While the top part of the rocks resembles the chickens’ bodies, the bottom looks like tiny legs that linger between the immense sea waves, and the couple seems to almost fall into sea water. However, after millions of year of rains and storms, they are still standing, unmoved and still embracing. This image of these limestone peaks appears on the badge of not only Halong Tourism but also The Vietnam Tourism Guide Book. Similarly, it is imprinted on the back of the Vietnamese 10,000 Dong note.

The logo of Halong Tourism 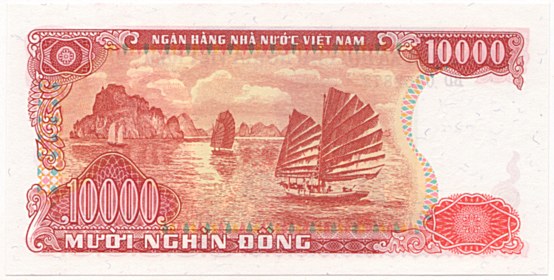 In Halong and beyond, it can be found on many postcards sent around the world by both locals and tourists alike. It is a favorite of many photographers seeking a quintessential image of the majestic scenery of Vietnam and a place that you should visit for yourself if you have the time and inclination.