The APEC High-Level Policy Dialogue on Sustainable Tourism will be held on June 19 in the northeastern province of Quang Ninh as part of the APEC Year 2017 in Viet Nam. 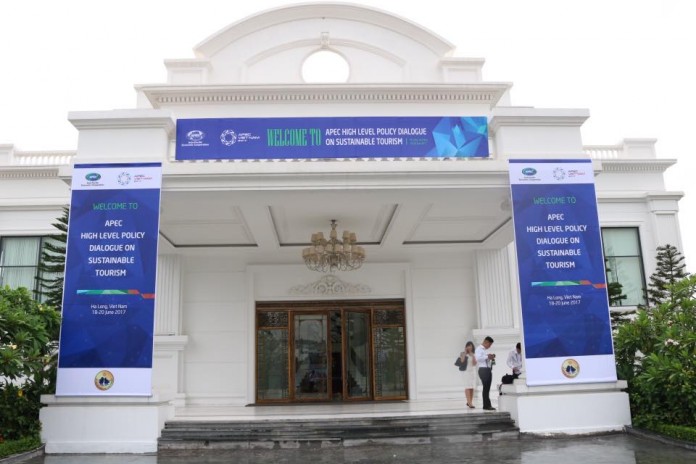 Deputy Minister of Culture, Sports and Tourism Huynh Vinh Ai revealed this information at a press conference in Ha Noi on June 15.

The event is expected to draw 150 delegates from member economies of the Asia-Pacific Economic Cooperation (APEC) forum, tourism companies and experts from international organisations.

Deputy Minister Ai said the dialogue is a following event of the Technical Workshop on Sustainable Tourism held during the first APEC Senior Officials Meeting (SOM 1) in February 2017 in Nha Trang city, the central coastal province of Khanh Hoa.

The dialogue will offer an opportunity for APEC economies to share experience and discuss measures to enhance the effective cooperation and integration in the region, especially in the field of sustainable tourism development, the deputy minister added.

The dialogue is an initiative of Viet Nam to realise the APEC Strategy for Strengthening Quality Growth, he said, adding that it is also a major contribution of APEC to the International Year of Sustainable Tourism for Development set by the United Nations.