Yen Tu Festival is held at the Yen Tu historical relic and landscape area, which began on 10 January to the end of March of the lunar calendar. In recent years, Yen Tu became the spiritual and cultural, ecology, landscape tourism site. It attracts a number of domestic and foreign tourists come regularly throughout the year. 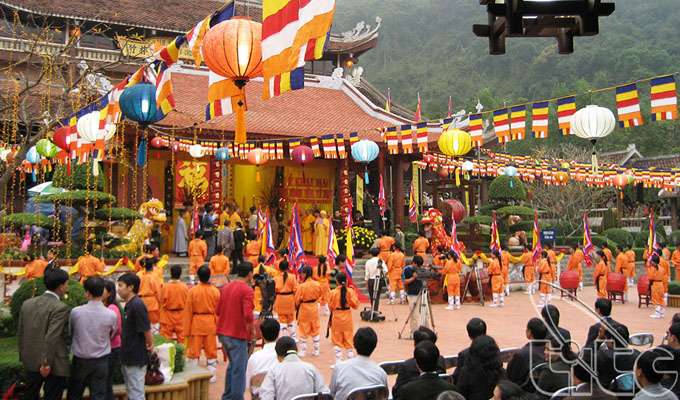 The opening ceremony of the Yen Tu Festival (Photo: vietnamtourism)

Yen Tu mountain belong to Dong Trieu arc, which is located 1.068m above sea level. From ancient times, Yen Tu has many names such as Tuong Son (Elephant), Bach Van (White Cloud), Phu Van Son (Floating Clouds), Linh Son (Holy Mountain) and is known as one of four “Blessed sacred place “of Giao Chau. Besides numerous temples, it also preserves many old religious and cultural documents such as precious prayer-books and monks’ writings.

In the 13th century, King-Monk Tran Nhan Tong (1258-1308), the third king of the Tran dynasty, abdicated the throne when he was 35 and spent the rest of his life on Yen Tu Mountain, practising Buddhism. he founded the first Vietnamese School of Buddhism called “Thien Tong,” Viet Nam Zen Buddhism, turning the site into the capital of Vietnamese Buddhism. 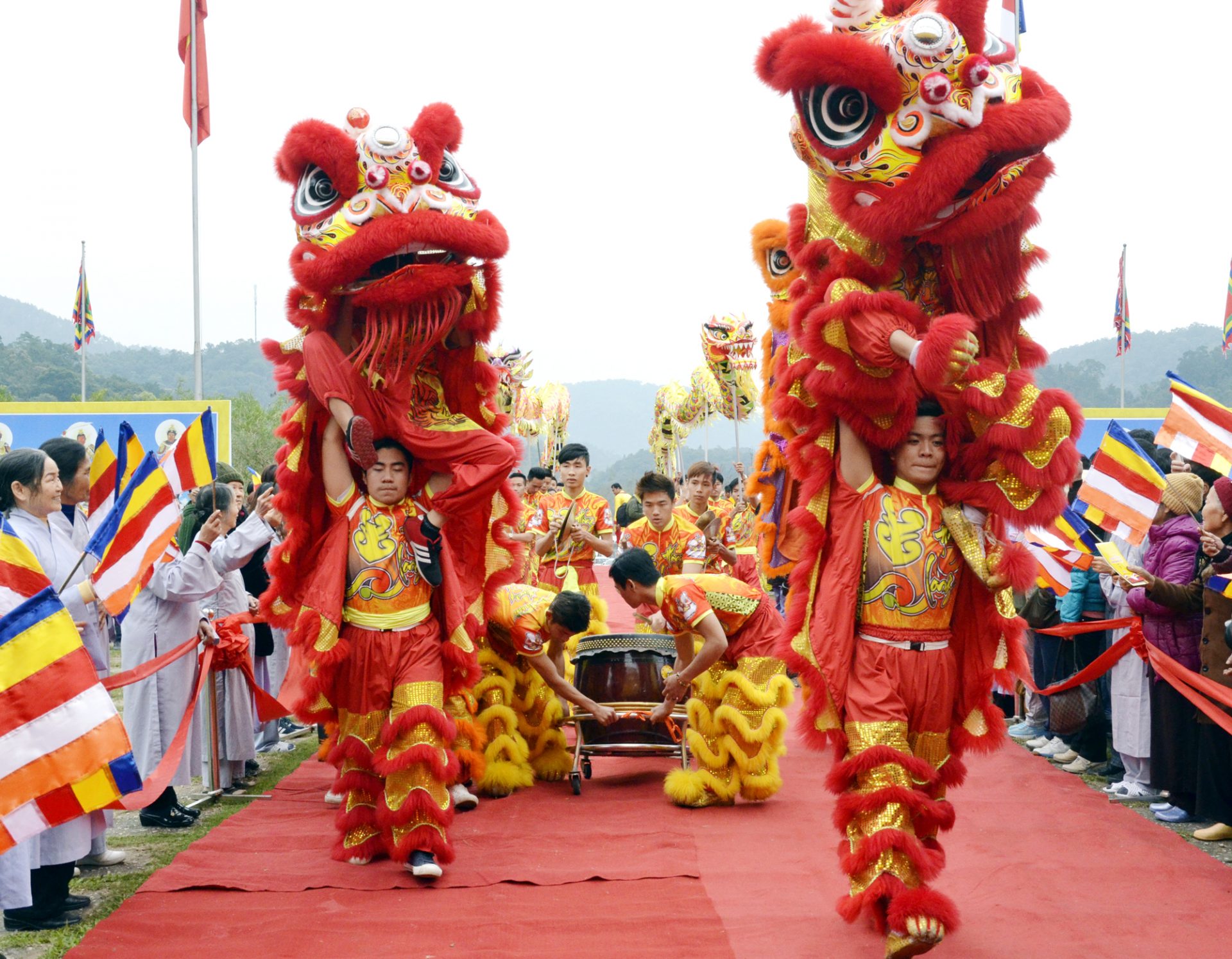 On 10 January (the 10th day of the first lunar month), the opening ceremony of the traditional Spring Festival is held with various activities including traditional rituals and art performances. Beside, the festival also has jubilant and lively activities such as folklore activities, lion dance , traditional martial arts, folk games during the festival.

Yen Tu relic site is a harmonic combination and intrigued by the two factor: the depth of history and mysterious nature scene. It’s the wild beauty and contains hidden information about the past and present of humans.

With its significant historical, cultural and natural values, Yen Tu was recognised as a Special National Relic Site in September 2012. It was also selected as one of the 10 most popular spiritual destinations in Vietnam by the Vietnam Records Organisation.-VNA. The website of the UN Educational, Scientific and Cultural Organisation (UNESCO) also has Yen Tu relic in the list of nominated heritage.