The Yen Tu Festival is held annually from the 10th day of the first lunar month to the end of the third lunar month in Uong Bi Town in the northern province of Quang Ninh. It is one of the most anticipated festivals of the year, attracting thousands of pilgrims and visitors from across the nation. 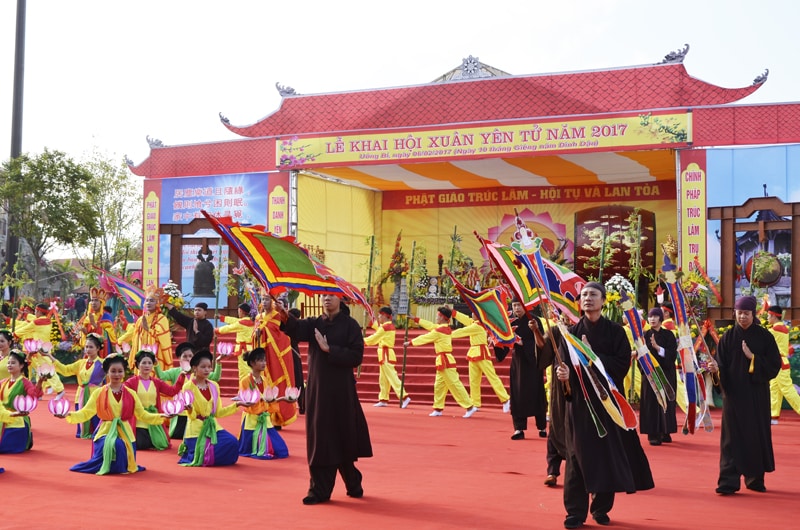 For a long time, the Vietnamese people have had a saying: “Tram nam tich duc, tu hanh/ Chua di Yen Tu, chua thanh qua tu” (Even after 100 years of righteous religious life, they cannot be called truly religious if they have not been to Yen Tu). This helps one to appreciate the significant meaning of the festival in their spiritual lives.

Yen Tu is a famous sacred tourist site with breathtaking scenery and
hundreds of pagodas, temples, and towers scattered under the canopy of primitive forests. It is dedicated to King Tran Nhan Tong (1258-1308), who reigned from 1279 to 1293 before passing the throne to his son and then going on to lead a religious life on Yên Tử Mountain. There, he founded the Truc Lam School of Zen and worked to unify different Vietnamese Buddhism sects into Vietnamese Zen Buddhism. The Truc Lam School of Zen, which aimed to help practitioners transform their wandering minds into a peaceful state, soon attracted thousands of followers. 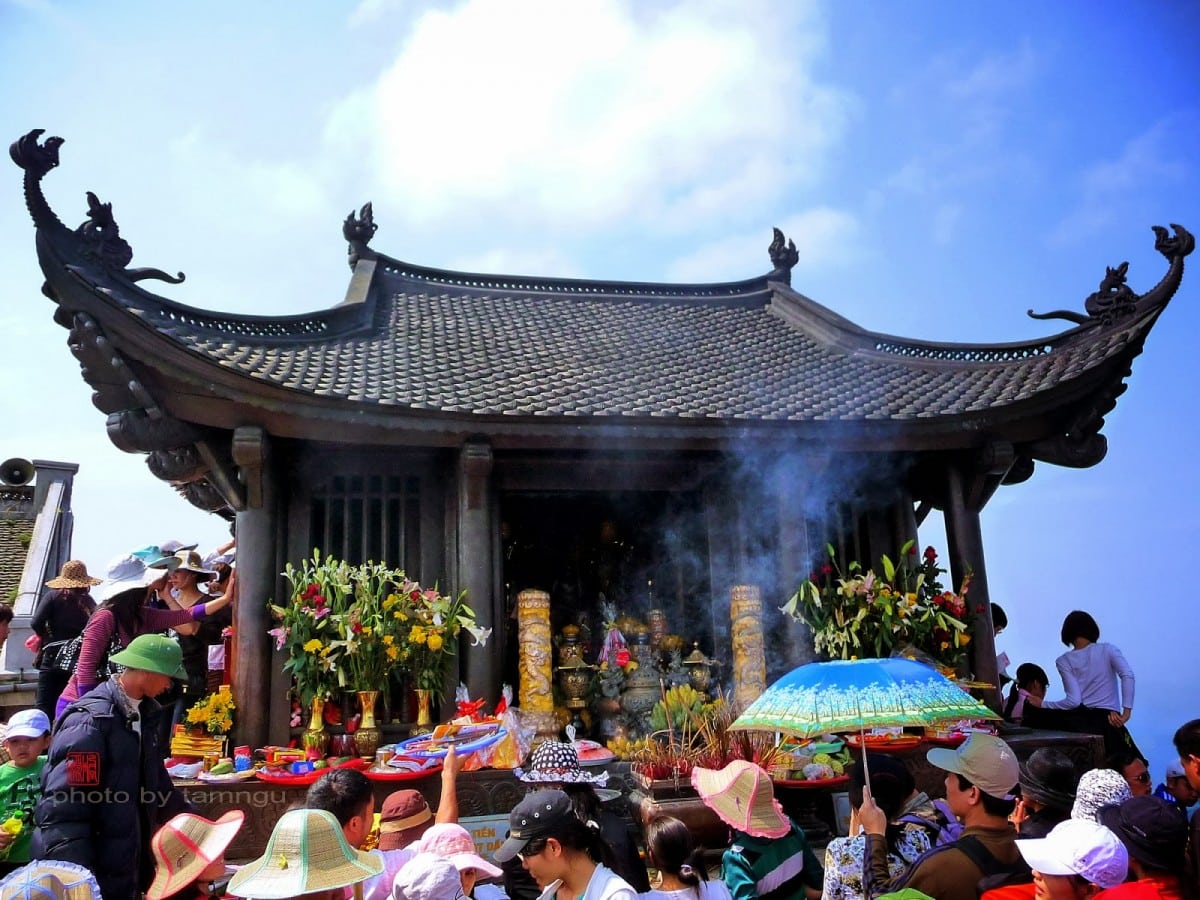 To commemorate the founder of the Truc Lam School of Zen and promote tourism development, the province annually organizes the Yen Tu festival. This year, the festival’s opening ceremony was held at Trinh Pagoda. The solemn procession attracted the participation of more than 100 Buddhist followers, who performed rites and prayers for a peaceful country and prosperity for its people. The event also included musical programs with performances of
drums, dragon-unicorn dances and other traditional ceremonies.

According to the Most Venerable Thich Thien Nhon, President of Viet Nam’s Buddhist Shangha, the festival aims to uphold the Vietnamese tradition of “Uong nuoc nho nguon” (When drinking water, remember its source) and honor the merits of King-Monk Tran Nhan Tong.

At the festival, the Most Venerable, Thích Thanh Quyết, Head of Quảng Ninh provincial Buddhist Sangha Executive Council acknowledged that the council has coordinated with ministries and branches of the province to compile a dossier for submission to UNESCO. It wishes to commemorate the teachings and values of the Truc Lam School of Zen as an intangible cultural heritage of humanity, and venerate and King-Monk Tran Nhan Tong as a World Cultural Celebrity.

The best time to visit Yen Tu is from January to March as the weather makes it ideal for hiking up the mountain. This period also happens to coincide with the yearly Yen Tu Festival. The Yen Tu festival falls on the 10th day of the first lunar month and lasts for three months. The first week is usually the most crowded. Tens of thousands of pilgrims and visitors flock to Yen Tu and begin their climb to the uppermost pagoda. The worshipers use it as a time to show their belief and piousness, and also to seek release from their sorrows and unhappiness during the past year. Foreign visitors
take the chance to soak up the serene atmosphere of the festival, get up close and personal with the locals, and to take some photographs.

The pilgrim’s journey from the foot of the mountain to the pagoda is nearly 30km. The highest point of Yen Tu is Dong Pagoda, which is located 1,068m above sea level. Visitors can get to Hoa Yên Pagoda, at an altitude of 534m, by the cable car system recently put into operation, and then continue walking up the stairs, passing by smaller pagodas that line the path leading to Dong Pagoda. Dong Pagoda, also known as Thien Truc (the Buddhahood), is located on the highest peak of Yen Tu Mountain, about 1,068m above sea
level. The pagoda is covered by clouds all year round and has a beautiful landscape. Here, on clear days, visitors can enjoy a picturesque view of the entire area.

In 2006, a new pagoda was built on the grounds of the old Dong Pagoda. It was cast in pure bronze in the shape of a blooming lotus. The pagoda has statues of Lord Buddha Sakyamuni, and the three founders of Truc Lam Zen School: King Tran Nhan Tong, Phap Loa, and Hue Quang. In 2012, the pagoda was recognized as the largest bronze pagoda ever built in Vietnam, and at the highest location. It is also ranked on the list of unique pagodas in the world and is considered “a new wonder” in the Yen Tu historical relic.

To the relief of many, the cable car system was introduced in 2002 as an alternative to climbing 6000m of stone steps to reach the top of the mountain. The cable car makes its stop at Hoa Yen Pagoda where you can continue to explore the sights and hike up to the peak. However, most pilgrims, including many old women over 80 years of age, choose to walk. They believe that taking the challenging path up to the top is a way of expressing their devotion to Buddha.

Along the way, there are many places to visit which were built to replicate the path King Tran Nhan Tong followed on his first pilgrimage. They include Suoi Tam (Bathing Brook), Giai Oan (Vindication) Stream near Giai Oan Pagoda and the Ngoc (Jade) Mount Hoa Yen Pagoda. A must-see destination during the
journey is the Ngoa Van (Lying Clouds) architectural complex with many pagodas, towers and the Ngoa Van Temple which is believed to be the place where King Tran Nhan Tong completed his religious life.

For many centuries, Yen Tu has been the center of Buddhism in Vietnam, and a famous spot that should not be missed when visiting Quang Ninh Province.