Almost all Vietnamese people know Bat Trang Village, and you may not be aware that almost items you use and see aboard Emperor Cruises come from this the Bat Trang Traditional Pottery Village. 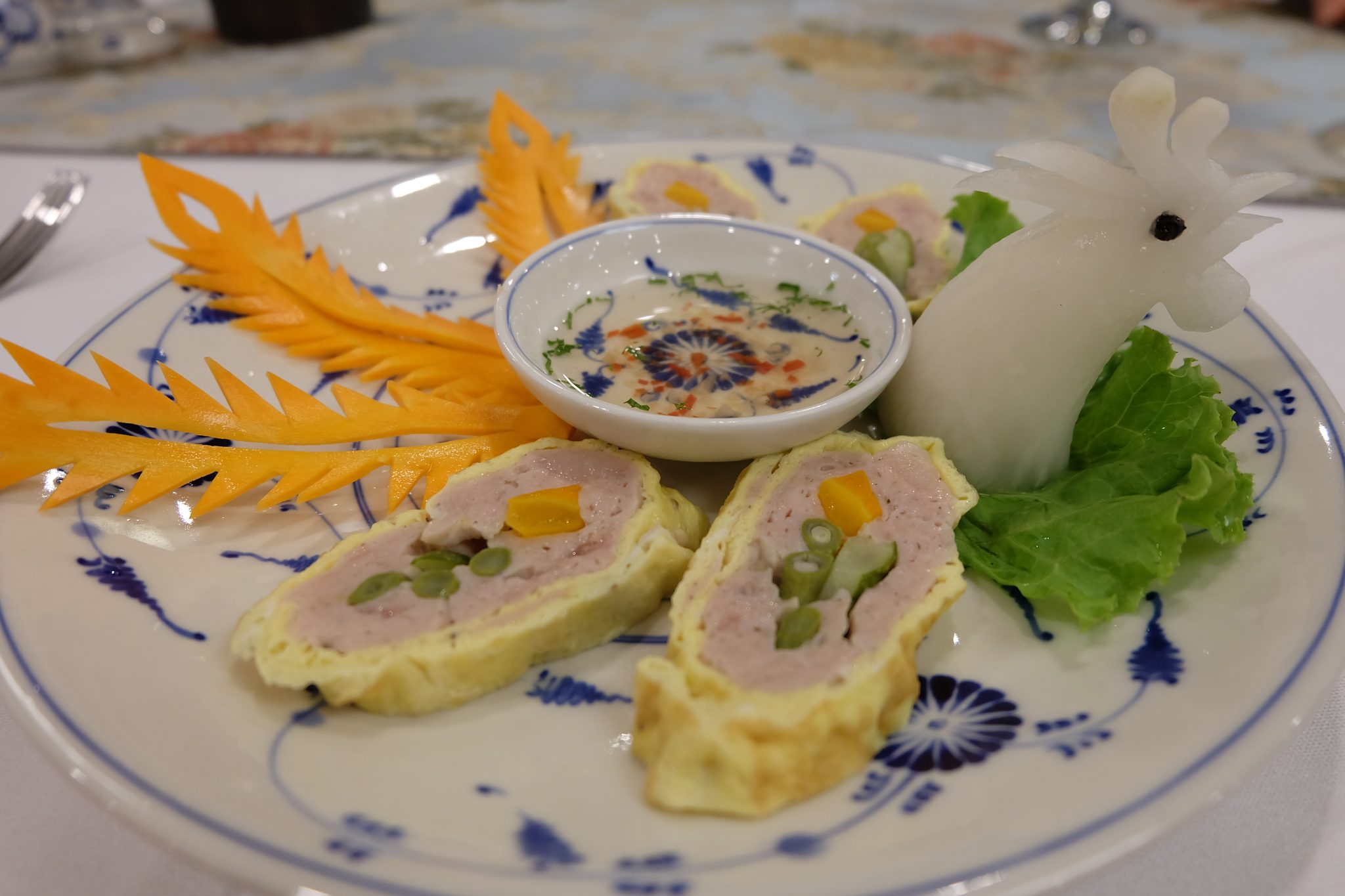 Bat Trang, an ancient traditional craft village well-known for ceramic items, is located on the left bank of the Red River, about 15 km southeast of Hanoi. Originally named Bach Tho, Bat Trang village has a history of more than 500 years of ceramic making, producing goods ranging from daily-use implements to royal utensils, from everyday gifts to presentations offered to foreign dignitaries.

Today, Bat Trang ceramic are treasured in local and overseas museums as well as in private collections. Every household in the Red River Delta has at least one Bat Trang ceramic item among its belongings, be it an incense burner, a tea set, rice bowls, a flower vase or a bonsai pot. The village’s name, which can be translated as a ‘the bowl making village’ or ‘100 kilns village’ has been memorialized in folk ballads by young men who would promise to build their lovers houses made of Bat Trang bricks.

Vietnam has long history of ceramic production, dating back 10,000 years to the Hoa Binh culture (Neolithic era). Terracotta wares emerged first, with brown-glazed ceramics following. Before the end of the 4th century, Bat Trang had already achieved fame for its glazes. The earliest was a glossy ivory-white glaze, subsequently followed by cobalt blue and three-color glazes.

Popular sources date the Bat Trang ceramic tradition to the Ly dynasty in the early 12th century. The annals of families such as Tran, Le and others, acknowledge that their ancestors migrated from Bo Tat – an area with long tradition of ceramic of making – with the first wave of migration taking place under the Ly Dynasty (1011 – 1225).

n 1010, when the Ly Thai To King transferred the capital from Hoa Lu (Ninh Binh Province) to Thang Long (present-day Hanoi). At that time, Bat Trang, known for 72 hills of white clay suitable for ceramic production, was in a prime location to supply raw materials and finished products to this important market.

In the early Le dynasty (1435), Bat Trang provided 70 sets of dishes and bowls as a tribute to the Chinese Emperor. This indicates that Bat Trang pottery must have been quite sophisticated by that time. More recently, the discovery of a shipwreck off the coast of Ca Mau, South Vietnam, revealed Bat Trang blue-glaze ceramics, and the export date of these wares dates to the 14th and 15th centuries. 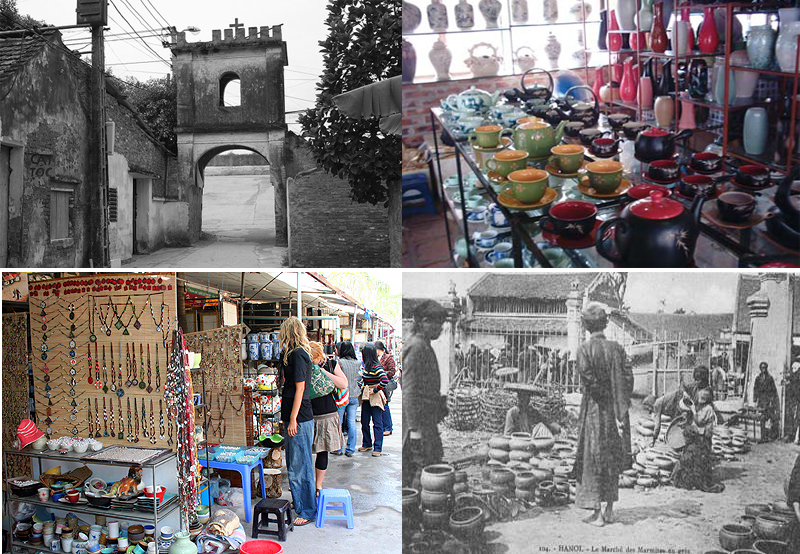 In 1371, China’s Ming Dynasty announced a policy that prohibited overseas trade. This effectively limited the export of the famous Chinese ceramic wares, thus creating wider market opportunities for Vietnamese ceramics in South East Asia. The 15th – 17th centuries saw the strong development of Vietnamese ceramic export wares with two important production centers in the North: Bat Trang & Chu Dau. Bat Trang’s had the most convenient location, on the Red River between Thang Long & Pho Hien, a gateway to the outside world, which ensured its prosperity.

The most famous blue and white patterned ceramics were produced from the 15th – 18th century at Bat Trang and other places. These ceramic villages were located near white clay mines along the rivers, which was convenient for transporting materials, fuel, and products. These ceramics, with somewhat stylized motifs, represent a high point in Vietnamese decorative art.

Cracked glaze ceramics first appeared in Bat Trang at the beginning of the 17th century. An incense burner and lamp stand bearing the date of production have been unearthed in Bat Trang. Cracked Glaze products are used mainly for religious objects, such as candlesticks, incense burners, and statues and represent an important contribution to the development of Vietnamese ceramic art.

In the 14th century, the quality of Bat Trang ceramics improved after Chinese techniques were introduced to the village. Legend has it that three men who were on a diplomatic mission to China were delayed by bad weather on their return trip. Taking refuge in Guangdong, they visited a famous ceramic kiln and studied Chinese ceramic production techniques. Each then passed on what he had learned. One of them, Hua Vinh Kieu, taught the people in Bat Trang how to make the white glaze.

There are no traces of kilns from the 16th to 18th and the beginning 19th century, as pottery making had started to decline. Many ceramic export centers collapsed due to a flood of Chinese wares. Bat Trang, however, was able to survive because it catered to a large domestic market with the production of utilitarian, devotional, decorative and construction wares needed by all social strata.

Today, in addition to individual family kilns, Bat Trang is now home to several trading companies acting as agents, who hire households to produce ceramics according to certain designs The finished products are then exported. 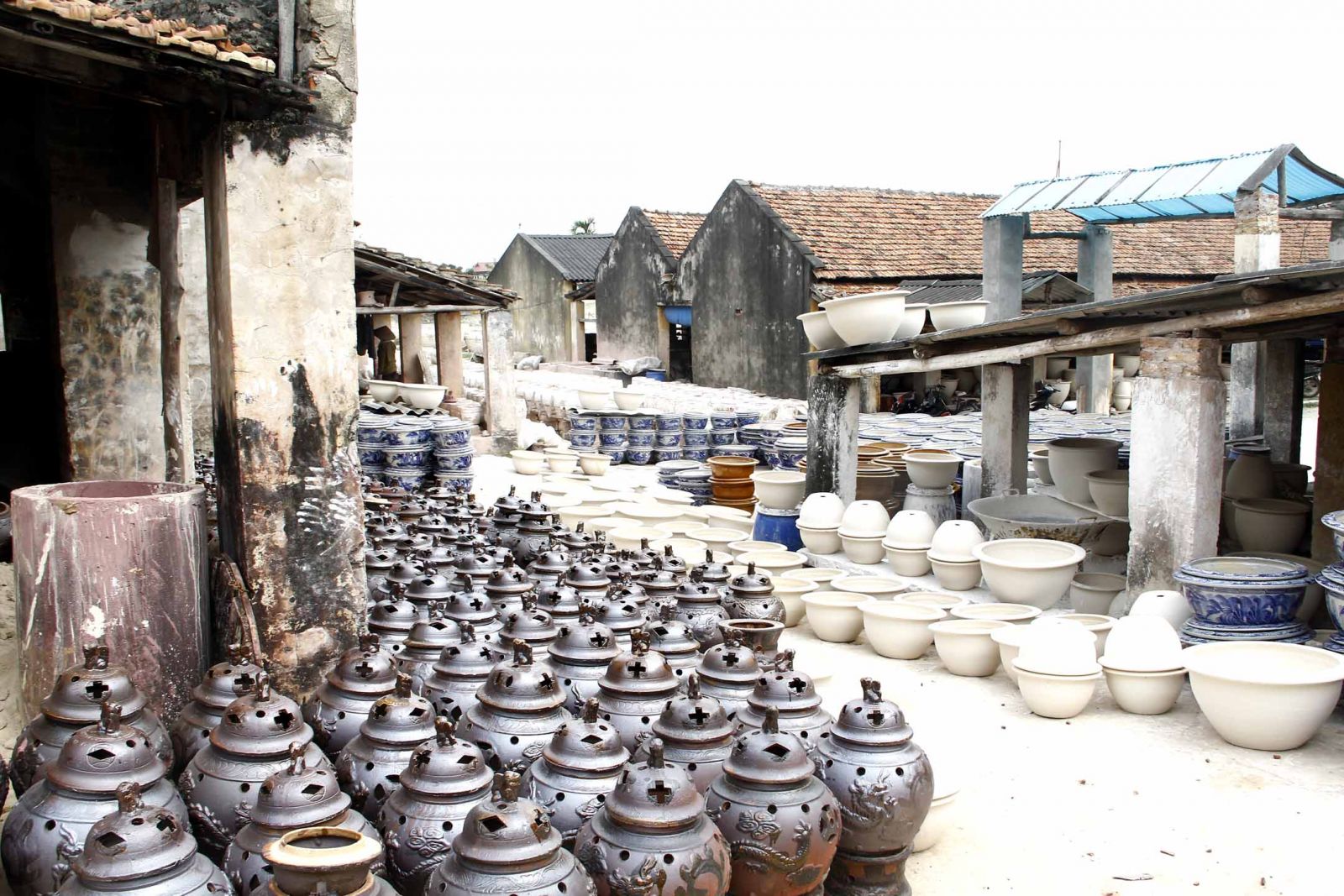 In 1958, during an excavation of the Bac Hung Hai Canal, vestiges of the village were discovered some 12 -13 m deep underground. The western side, which faces the river, is now experiencing severe soil erosion. Future archaeological excavations may reveal more clearly, the depth of Bat Trang’s history, lying beneath the alluvial deposits.

Bat Trang’s fame grew mainly out of the special features of its ceramic: The use of white clay; the harmonious and original shapes; white, cobalt blue and white, and three- colored glazes; and the patterns of its products, particularly devotional wares. Ceramic with crackle glaze are also a Bat Trang specialty. 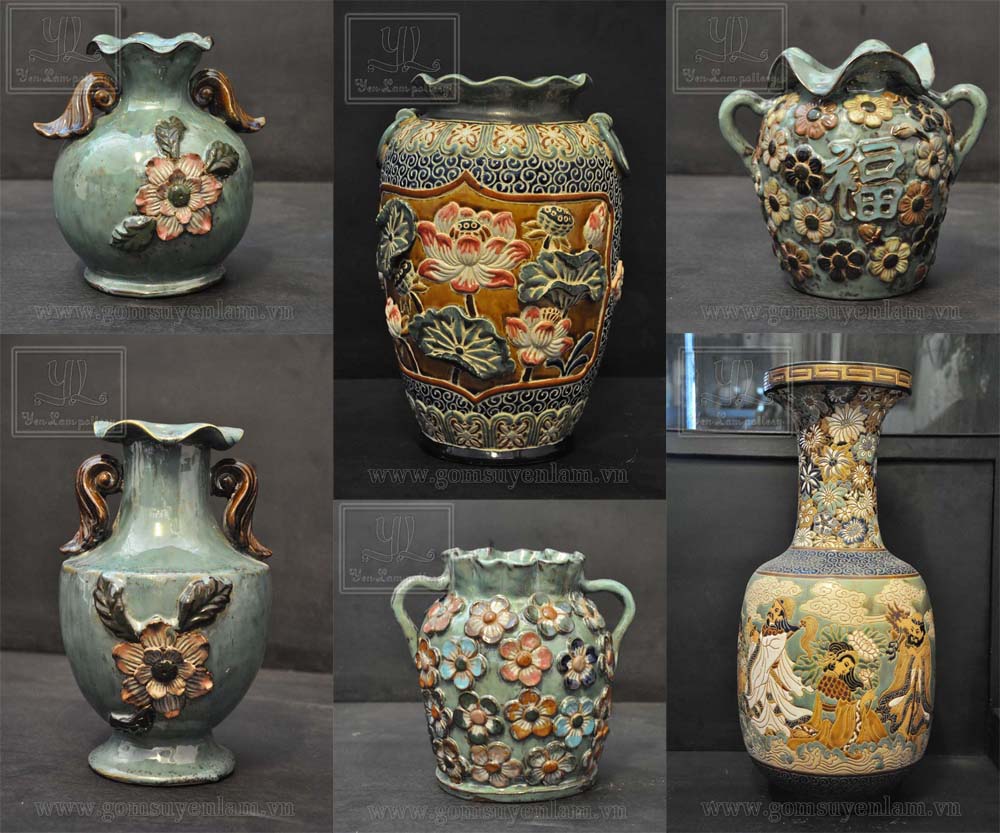 In contrast to the Chinese style of ceramics with its sophisticated technique and designs, and insistence on perfection, Bat Trang ceramics have more free-flowing designs. They are useful as well as purely decorative. Bat Trang ceramics are warm, friendly, well- used and well loved.

In a wider context, Bat Trang village can be considered a typical case in the development of Vietnam’s traditional craft villages. According to recent statistics, there are approximately 1,400 craft villages in the whole country. In each village, between 600 and 700 households are typically involved in a particular craft.

As such, craft villages make a positive contribution to employment and income generation for the residents of each village and beyond. The experience of Bat Trang in applying new technologies is helping to further enhance its development objectives and is a model for other craft villages throughout the country.

Interested travelers can visit the Bat Trang Village on a half-day tour, or stop by the similar Dong Trieu Ceramic Village on the way back from our cruises. Ask our driver if you want to stop there for refreshments and look around the ceramic and pottery production.